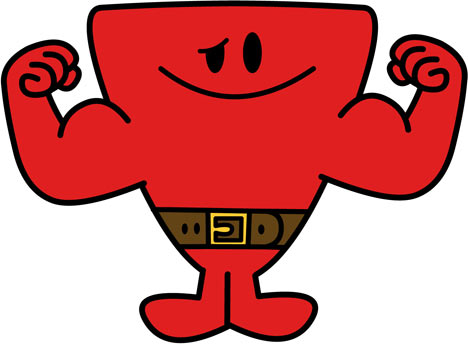 Having just realised that my last post was a bit of a cliffhanger, I should probably start by explaining that last week, we clearly weren’t ready for chemo 2. Whilst my red and white blood cells had recovered enough to fight on, my platelets had other ideas. They bounced back well, but unfortunately 97 wasn’t the 100 we were looking for, so cycle 2 was delayed.

Gutted. Despite frequent cave visit over the past few weeks, I’d survived cycle 1; I’d been back to the UK for a fix of Yorkshire air, mum’s cooking and dad’s Instagram questions; and I was mentally pumped to go back into chemo fighting. So when I got the call to say we were delaying a week, I was disappointed and deflated, which is probably why I didn’t update the blog.

But one week later; off I went again to the Prikkammer to have a lovely needle stuck into my right arm and see how my lovely little platelets are doing. And knowing I’d already recovered to 97 a week ago, I was pretty confident that they’d be back to full strength.

But now we had another problem…

On Saturday, I sneezed.

Now this might not sound like much, especially given that my immune system has just taken a beating from chemo 1, it’s just 3 degrees outside, and people are throwing their germs around like pepernoten when Sinterklaas is in town. But somehow I’ve managed to dodge the lot and haven’t had a cold in over two years! But you know when you get that first sneeze? The kind that includes a tickle in your throat… and you wake up with rosy cheeks… and a dry throat… with a tiny bit of catarrh that you just can’t swallow… Yeah that. Follocks.

So last night, having already rearranged my bestie (Thelma) to change her plans to shift things back a week, I went in this morning somewhat nonchalant about the blood results, convinced that my body’s fighting off a cold and I’d have to ask everyone to change their plans, again.

But in true Dutch fashion, I got what I now think of as a ‘paracetamol’ response from the hospital: “As long as you don’t have a fever (> 38,5) or otherwise feel sick, we normally don’t consider to postpone treatment on colds or sneezing. Your red and white blood cells were recovered already last week. The problem was the thrombocytes (platelets) which fortunately are now recovered. So we think your immune system is strong enough to fight the cold. And we think continuing the treatment on the scheduled date is now the best we can do.”

Hmmm ‘the best we can do’? Not sure how much I like that?! Let’s hope it’s one of those ‘lost in translation’ things…

So, chemo 2 is back on. At 9am tomorrow, I’ll be coordinating my footwear, curating my Insta, squealing at the cannula, and taking my next hit of Carboplatine. There was talk of reducing the dose again (given how long it took my platelets to bounce back after cycle 1) and yes, I’ve already asked Monique to confirm the numbers from today’s blood tests (I need these in my spreadsheet, don’t I?) but I’m sure I’ll get all this info tomorrow. In the meantime, I’m just pleased that we’re back on track and coming back at this thing.

And in other news…

…things are looking up, I think?

Physically; I’m walking without a stick now – which feels awesome. I still use it when I go out just in case I trip (my balance is still a little weak if I stumble) or get tired (fatigue is still a huge factor, especially during chemo) and as a visual aid (so the Dutchies know I can’t just jump out of the way if they ping their bell at me!) But my body does feel like it’s getting stronger. It’s slow progress and I have good days and bad, but although my hand/arm are unlikely to ever be 100% again, on good days I’ve got more use back than I had pre-surgery, which is great.

The thorn in my side through much of this has been dexamethasone, the steroid I’ve been taking for what seems like forever. The main challenge has been bringing me off it in a controlled way – when you’ve been taking a high dose for a long time, you can’t just stop taking it; the dose has to be tapered down really slowly and, every time we tried, my arm went nuts and we had to bump me back up again, which then increased the side effects, compounding the problem.

Typically, people take between 0.75mg and 4mg per day, for a few days or maybe a week or two. I’ve been taking it for four months now and, at my highest, was on 16mg per day. This is what’s caused the huge swelling, emotional meltdowns, nose dive in positivity and multiple cave visits. But I’m now down to 2mg per day and, after seeing my Neurologist yesterday, we now have a reduction schedule to bring me off it completely by mid- January – woo flipping hoo!

And I feel like it’s already making a difference – I feel happier, more positive and more up for the fight. Sure, I still have low days, but they’re less frequent and I manage them better now I’m not fighting so much anxiety, mood swings, or just trying to control or psychoanalise everything!

So, in the hope that I haven’t just tempted fate (!!) I feel up for the fight and ready to go back into battle again tomorrow… LET’S DO THIS