So, I haven’t updated the blog in a couple of days, and a few people have been messaging to ask if I’m ok… so prepare for a barrage peeps! 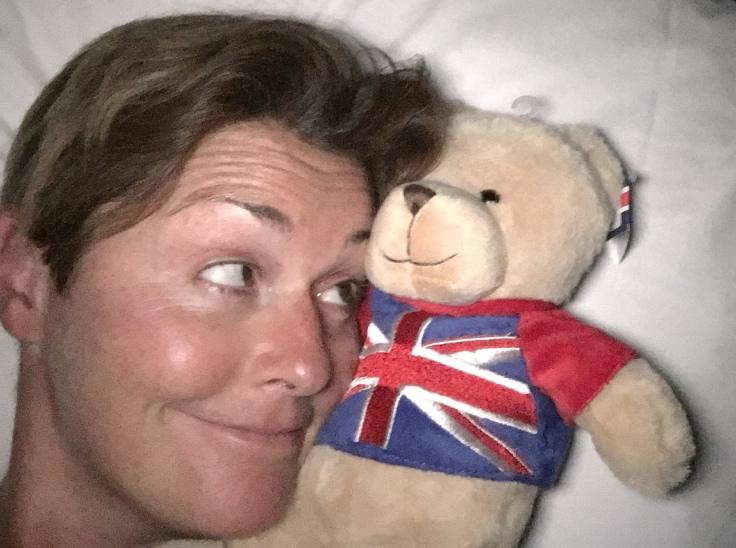 Thursday was meant to be my last scan of the week – a straightforward MRI to confirm that the lesion in my brain is growing. But the reality was that when I woke up at home on Thursday morning, I was again more wobbly and unstable, and felt like my mobility was deteriorating more rapidly than it had been. So I emailed my Oncologist, put on my most Dutch directness, added a bit of British Bulldog, and told them that after my MRI I was basically going to come and sit outside their office until they agreed that they didn’t need an MRI to make a decision they just needed to act now.

Needless to say they agreed. However, being late Thursday afternoon, and the Specialist Neurology Unit being at a different hospital, they couldn’t just slip me into a gown, grab a scalpel and crack on (kinda reassuring in a way, given my Oncologist is a Breast Cancer Specialist who admittedly knows more about boobs than brains).

But he did suggest that, given I live in a 3rd floor warehouse apartment, with no elevator, a glorious wet room bathroom but with no handrails, perhaps going home until I’m treated next week might not be best option. They therefore admitted me to hospital there and then and I’ve since been enjoying the boutique hospitality of a room in OLVG Oost.

At this point, Nurse Kari is still with me, and in our usual fashion of not focusing on what we cannot influence, we decide to create our own entertainment (read as: cause carnage) around the hospital.

First up: transportation. In a hospital full of various colours, sizes, styles and technicality of wheelchair, Kari chooses the equivalent of a Torro Rosso. For those not familiar with F1, this equates to the ‘academy’ or ‘feeder team’ for Red Bull Racing, and tends, more often then not, to be closer to the back of the race then the front. I’m therefore parked immediately at the back of the grid and left with increasing wheelchair envy as the yellow (Renault), blue (Red Bull) and grey (Mercedes) cars fly past me. 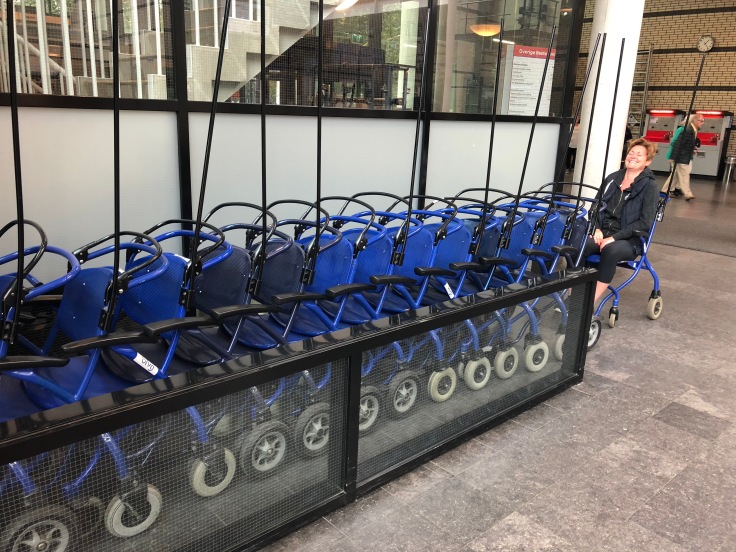 A few minutes later, we’re shown to a private room, where I have my own bed, plenty of space, en suite, and a TV full of questionable dutch channels. But I also have a huge window, a view of the park, solid wifi, no coughing neighbours and opening visiting hours. So as we say in Yorkshire, “mustn’t grumble”.

AN: So many of you have been asking about my treatment plan, dates and when/how you can come over to help – thank you so much. I know you all want to help, that you can’t just drop everything to come over, and I just keep saying I’ll tell you when I know more… but you also know that last time I had a full on ‘Gameplan’ – a spreadsheet (complete with formulae and conditional formatting), which documented everything; my meds, doses, dates, visitors, flight details, likely up/down days – the lot. This time, it’s a bit different, because each step will depend on the outcome of the previous, so until we get started, it’ll be hard to confirm the long-term plan. But as soon as I have enough detail, the updated Gameplan will come, don’t worry! In the meantime, just bear with me…

Knowing that Nurse Kari is heading home soon, and that treatment will be starting next week, Mum & Dad have decided to come over to Amsterdam and pick up the reins for #TeamBoxy

Well, within two hours of arrival, Mum has at least two handbags and four Apple devices spread around my room, lost one charger, created an Instagram account (yes beware people, she’s ventured beyond Facebook now) and managed to leak onto Social that I’m in hospital… Dad has managed to crash my wheelchair into a lift door, created duplicate accounts on a Dutch parking app, almost deposited the car into a canal and made at least one trip to Albert Heijn.

By 6pm, Kari is plotting the fastest tram route to Schiphol and resorting to literally any airline to escape… even the prospect of a guaranteed delay on Vueling, is an option (although three hours and a lounge of wine later, we’re wondering if her liver may have been better off staying at the OLVG…?

Meanwhile, back at the hospital, we decide dad’s best use is as a coffee runner. So we send him off to Bukowsi across the road, and he duly returns an hour later with various hot drinks – winner. Mum, however, is clearly trying to get in on the brain action, and a few selfies later, we’re wondering which of us is more ‘in need’… Come back Nurse Kari, all is forgiven! 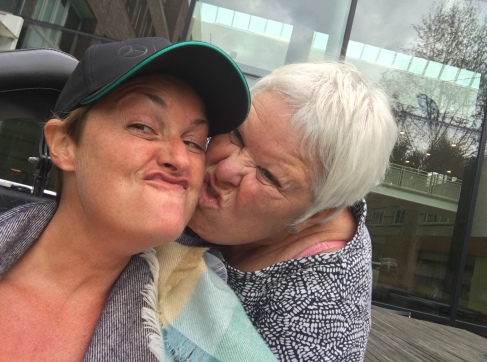 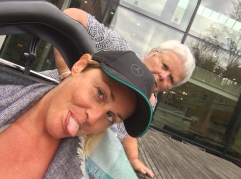